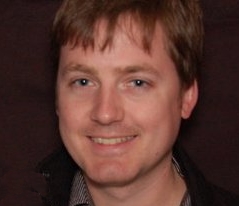 Chicago-based critic Abraham Ritchie talks about the role of art criticism in today’s art world, and what that means in relation to the contemporary concerns of art speak, beauty and graffiti.

“We read critics because they write about artists that they’re interested in, and they make a case for why that work is interesting and important in a larger context. I think the idea of being objective is a complete myth.”

Abraham Ritchie is a Chicago-based curator and critic who has written for such publications as National Endowment for the Arts, the United Kingdom's Spectator, Madison Newspapers, Inc., the Chicago Tribune and Chicago’s NewCity. He’s also been featured on Chicago Tonight, Art21 and the Bad at Sports podcast. Ritchie was the administrator of The Chicago Art Blog, and the Chicago City Editor for ArtSlant, Inc. He holds a Master of Arts in New Art Journalism from the School of the Art Institute of Chicago.